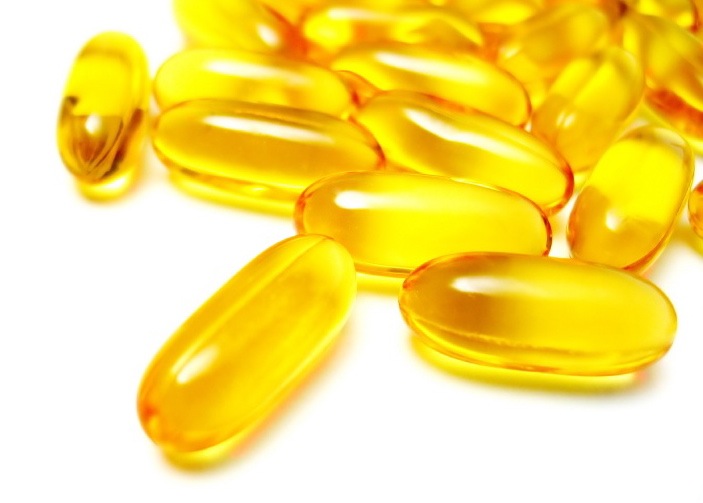 Chances are, if you live north of the line connecting San Francisco to Philadelphia and Athens to Beijing, you’re not getting enough vitamin D. The same holds true if you don’t go outside for at least a 15-minute daily walk in the sun. African-Americans and others with dark skin, as well as the elderly, tend to have much lower levels of vitamin D, as do people who are overweight or obese.

Worldwide, an estimated 1 billion people have inadequate levels of vitamin D in their blood, and deficiencies can be found in people of all age groups and ethnicities.  Even in industrialized countries, doctors are seeing the resurgence of rickets, the bone-weakening disease that had been largely eradicated through the fortification of vitamin D.

Since the 1930s, voluntary fortification of milk with vitamin D has been instrumental in the eradication of rickets, a vitamin D deficiency disease that leads to stunted growth, bowed legs and delays in motor development in children. Milk was chosen as the fortification vehicle because it was widely available, palatable to young children, and rich in calcium, phosphorus and vitamins. Now, more than 80 years later, we know that milk’s key bone-building nutrients include calcium, vitamin D, magnesium, potassium, phosphorus and high-quality protein. Although rickets ceased to be a public health issue in the U.S. many years ago, there has been a resurgence due to both vitamin D and calcium deficiency.

With few natural food sources of vitamin D, vitamin D-fortified foods play an important role in helping consumers meet recommended intakes. Vitamin D supports calcium metabolism, and both of these nutrients are critical for bone health throughout life. Vitamin D helps maintain normal serum calcium and phosphorous levels by enhancing their absorption. Vitamin D also works with parathyroid hormone to help maintain adequate serum calcium and phosphate levels to enable bone mineralization. Unlike other vitamins, however, vitamin D can be synthesized in the skin from sunlight. But sunlight can be an insufficient source as you will read below.

Why is there such a concern for the widespread of vitamin D deficiency?  The reason is research conducted over the past decade suggests that vitamin D plays a much broader disease-fighting role than once thought.  Being “D-ficient” may increase the risk of a host of chronic diseases, such as osteoporosis, heart disease, some cancers, and multiple sclerosis, as well as infectious diseases, such as tuberculosis and even the seasonal flu.

What is Vitamin D?

Vitamin D is often known as “the sunshine vitamin” since your body produces it when exposed to sunlight, which helps to promote a healthy mood. Vitamin D also supports immune health and overall wellness, making it a great addition to nearly any supplement regimen. It is especially important because your body needs it to absorb calcium and promote bone health.

Vitamin D is used to describe two substances from two different sources that act the same way in the body. Vitamin D-3, or cholecalciferol, is formed from cholesterol and synthesized in the body when exposed to sunlight. Vitamin D-2, or ergocalciferol, is found in plants and used to fortify foods like margarine and milk. Your body makes vitamin D by itself once exposed to the sun, but that can be difficult depending on the season, time of day, cloud cover, sunscreen, age and other factors, making the sun an unreliable source.  If you live above 40 degrees north latitude, or north of Colorado, you won’t get much vitamin D at all in the winter months because the sun doesn’t get high enough in the sky for UV-B rays to penetrate the atmosphere. Regardless of the season, dermatologists recommend that you use sunscreen to minimize your exposure to harmful sun rays, so that means you must get vitamin D from food and supplements.

But you don’t have to just rely on the sun to get the vitamin D your body needs. Many manufacturers now add vitamin D to yogurt, cereal, margarine, orange juice and more, and there are a variety of supplements on the market as well. Vitamin D is also added to foods and beverages with calcium since it supports calcium absorption, which promotes strong bones and teeth.

The latest recommended daily allowance for vitamin D is 600 IU for individuals up to 70 years old and 800 IU if you are 71 and older. It can be toxic if taken in doses larger than 2,000 IU. Everyone is different, so be sure to check with your healthcare provider to ensure you’re getting enough vitamin D and how much to take if you need more.

Vitamin D is both a nutrient we eat and a hormone our bodies make. Few foods are naturally rich in vitamin D, so the biggest dietary sources of vitamin D are fortified foods and vitamin supplements. Good sources include dairy products and breakfast cereals (both of which are fortified with vitamin D), and fatty fish such as salmon and tuna.

Two forms of vitamin D are used in supplements: vitamin D2 (“ergocalciferol,” or pre-vitamin D) and vitamin D3 (“cholecalciferol”). Vitamin D3 is chemically indistinguishable from the form of vitamin D produced in the body.  Also, the body manufactures vitamin D from cholesterol, through a process triggered by the action of sunlight on skin, hence its nickname, “the sunshine vitamin.”  Yet some people do not make enough vitamin D from the sun, among them, people who have a darker skin tone, who are overweight, who are older, and who cover up when they are in the sun.

In addition, correctly applied sunscreen reduces your ability to absorb vitamin D by more than 90 percent, and not all sunlight is created equal.  The sun’s ultraviolet B (UVB) rays—the so-called “tanning” rays, and the rays that trigger the skin to produce vitamin D—are stronger near the equator and weaker at higher latitudes. So in the fall and winter, people who live at higher latitudes (in the northern U.S. and Europe, for example) can’t make much if any vitamin D from the sun. In addition to being photoconverted in the skin, vitamin D can be obtained from the diet through ingestion of vitamin D–containing products (eg, fatty fish), from vitamin D–fortified milk or margarine, and from the use of multivitamins. The vitamin D ingested via this route is metabolized in the same manner as is endogenously produced vitamin D.

Vitamin D helps ensure that the body absorbs and retains calcium and phosphorus, both critical for building bone. Laboratory studies show that vitamin D can reduce cancer cell growth and plays a critical role in controlling infections. Many of the body’s organs and tissues have receptors for vitamin D, and scientists are still testing out its other possible functions.

Vitamin D and the Elderly

Aging, even in healthy elderly people, is accompanied by a reduction in muscle mass and muscle strength. The gradual loss of muscle strength (below a certain threshold) results in your inability to function properly, the need for assistance in the performance of daily activities, an increased risk of falling, and an increased chance of experiencing non-vertebral fractures. Therefore, the preservation of muscle strength in the elderly is of major importance.

A total of 824 elderly people over the age of 70 from 11 European countries, were tested for vitamin D during wintertime.  Results indicated that only 36% of men and 47% of women had adequate levels of vitamin D3 in their blood.

Vitamin D deficiency is associated with muscle weakness, and is common in elderly people. Older people are prone to develop vitamin D deficiency because of various risk factors: decreased dietary intake, diminished sunlight exposure, reduced skin thickness, impaired intestinal absorption, and impaired hydroxylation in the liver and kidneys.  Muscle weakness, due to vitamin D deficiency, is predominantly of the proximal muscle groups and is manifested by a feeling of heaviness in the legs, tiring easily, and difficulty in mounting stairs and rising from a chair; the deficiency is reversible with supplementation. Several studies link low vitamin D levels with an increased risk of fractures in the elderly, and they suggest that vitamin D supplementation may prevent such fractures—as long as it is taken in a high enough dose.

A summary of evidence comes from a combined analysis of 12 fracture prevention trials that included more than 40,000 elderly people, most of them women. Researchers found that high intakes of vitamin D supplements—of about 800 IU per day—reduced hip and non-spine fractures by 20 percent, while lower intakes (400 IU or less) failed to offer any fracture prevention benefit.

Vitamin D may also help increase muscle strength, which in turn helps to prevent falls, a common problem that leads to substantial disability and death in older people. Once again, vitamin D dose matters: A combined analysis of multiple studies found that taking 700 to 1,000 IU of vitamin D per day lowered the risk of falls by 19 percent, but taking 200 to 600 IU per day did not offer any such protection.

A recent vitamin D trial drew headlines for its unexpected finding that a very high dose of vitamin D increased fracture and fall risk in older women. The trial’s vitamin D dose—500,000 IU taken in a once-a-year pill—was much higher than previously tested in an annual regimen. After up to 5 years of treatment, women in the vitamin D group had a 15 percent higher fall risk and a 26 percent higher fracture risk than women who received the placebo.

It’s possible that giving the vitamin D in one large dose, rather than in several doses spread throughout the year, led to the increased risk. (18) The study authors note that only one other study—also a high-dose, once-a-year regimen—found vitamin D to increase fracture risk; no other studies have found vitamin D to increase the risk of falls. Furthermore, there’s strong evidence that more moderate doses of vitamin D taken daily or weekly protect against fractures and falls—and are safe.

So what is the significance of this study for people who want to take vitamin D supplements? A reasonable conclusion would be to continue taking moderate doses of vitamin D regularly, since these have a strong safety record, but to avoid extremely high single doses. This recent finding does present a challenge to scientists who will work to understand why the extreme single dose appears to have adverse effects.

The contents of this website are for educational purposes and are not intended to offer personal medical advice. You should seek the advice of your physician or other qualified healthcare provider with any questions you may have regarding a medical condition. Never disregard professional medical advice or delay in seeking it because of something you have read on this website. TheTommyExperience.net does not recommend or endorse any products.

This site uses Akismet to reduce spam. Learn how your comment data is processed.